One of the most popular dishes along the Ecuadorian coast is a fish stew called encebollado. It is tuna fish based, with tomatoes, onions, yuca and spices, garnished with pickled onions, and always served with a side of chifles (plantain chips). Though we would understand if the sound of fish stew does not immediately entice your appetite, we are here to share that encebollado is absolutely delicious. And no one makes it better than the mission home kitchen. 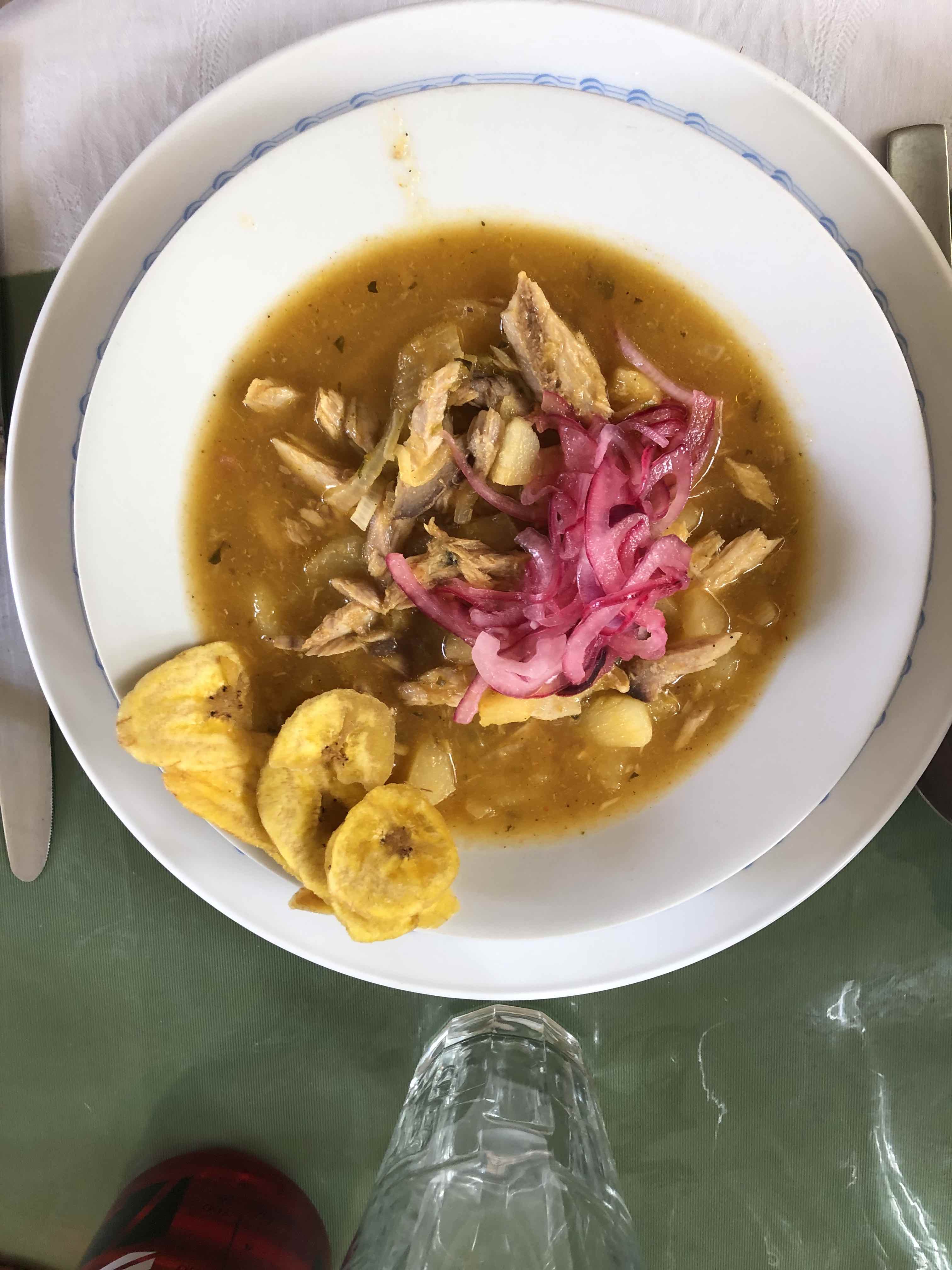 At the mission home, the children eat encebollado once a week. Cooking begins at 5am when the albacore tuna starts boiling. Yuca is peeled and chopped and placed in a separate pot of boiling water. Next all the vegetables are chopped, sautéed, and added to the yuca along with spices to form the base of the soup. Once the tuna has been cooked, it is a long process of deboning and separating the filets into small slices that finally get added to the base of the soup. Simultaneously, the plantains are peeled and cut into thin slices using a “mariquitera” or plantain slicer. They are then fried and sprinkled with salt to create the crispiest most delicious hot chip you have ever tried.

By about 12 noon all the food is ready and it is divided into portions based on the size of the various “houses” within the mission home. The “chicas”, or adolescent girls’ house, gets a large pot of soup, since they have over 25 people in their home. The “niños” or little boys, get a smaller but equally impressive amount given the 19 people in their home. And so it continues until each house has their portion. Designated children from each house arrive at the kitchen around 12:15 to retrieve the food for their group. The children eat in their respective homes with the missionaries overseeing them. After all the children have eaten, the missionaries take turns eating their own lunch. As we say in Ecuador when food is served, buen provecho!

A photo catalogue of cooking encebollado at the mission home: 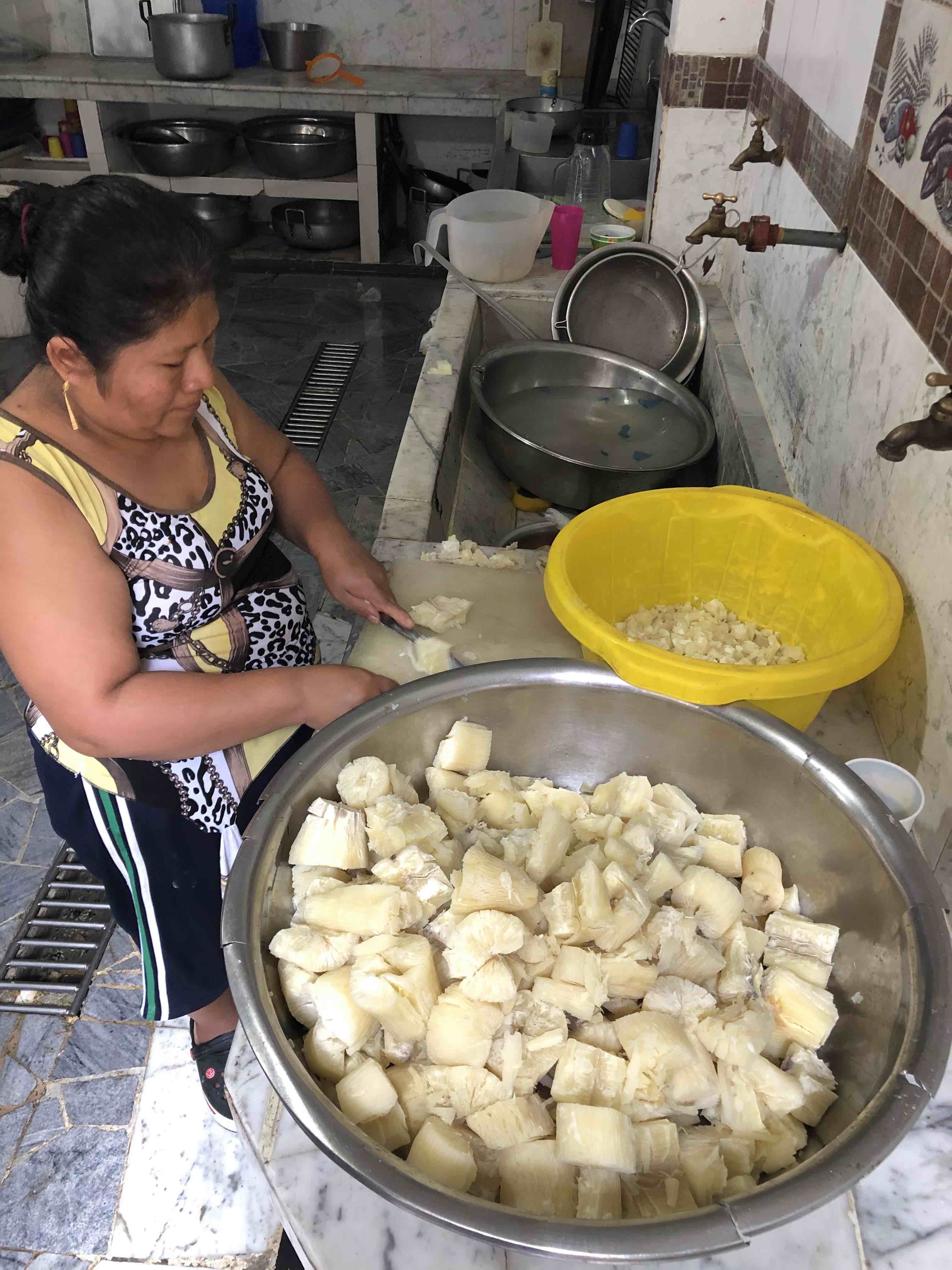 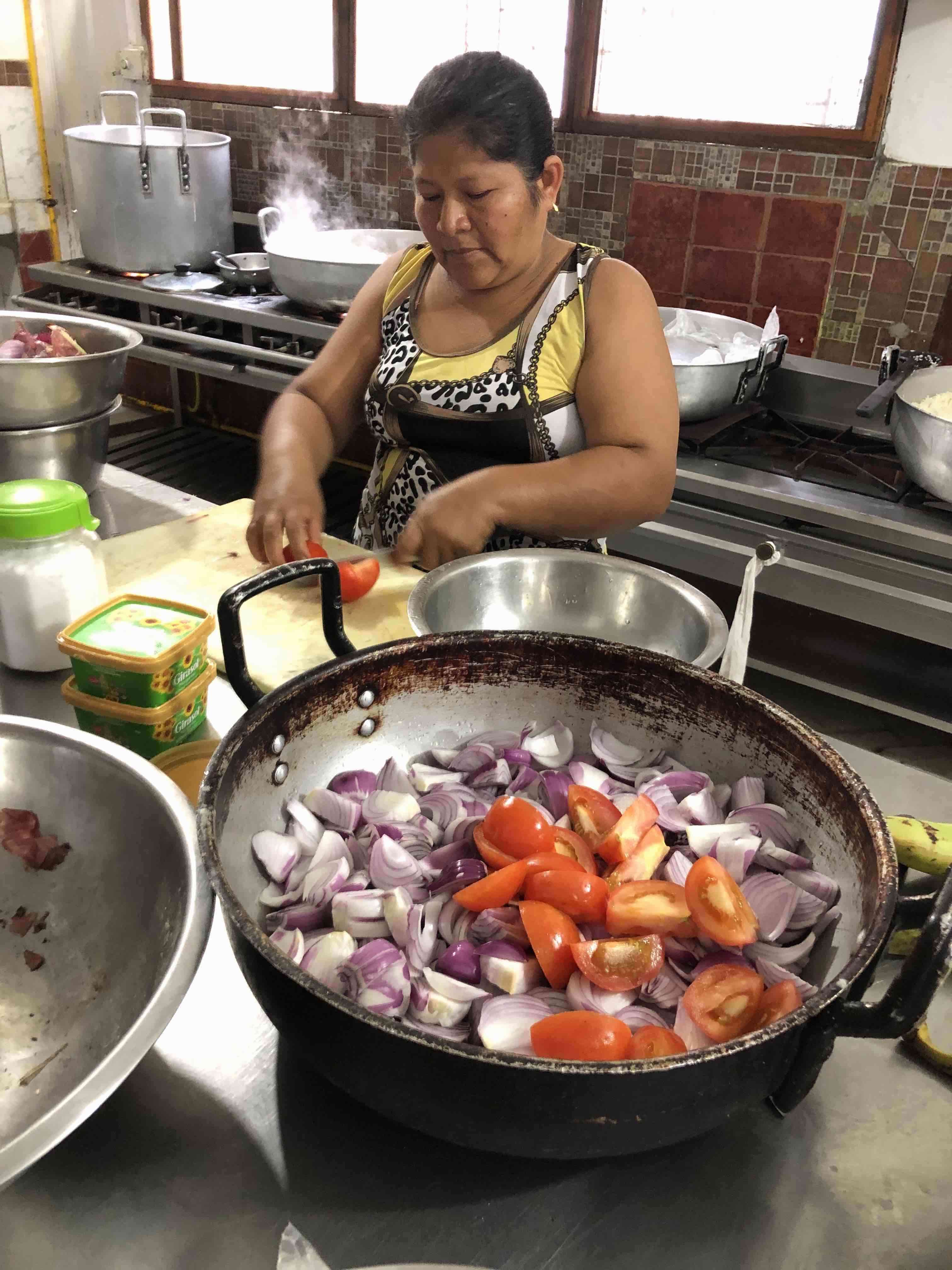 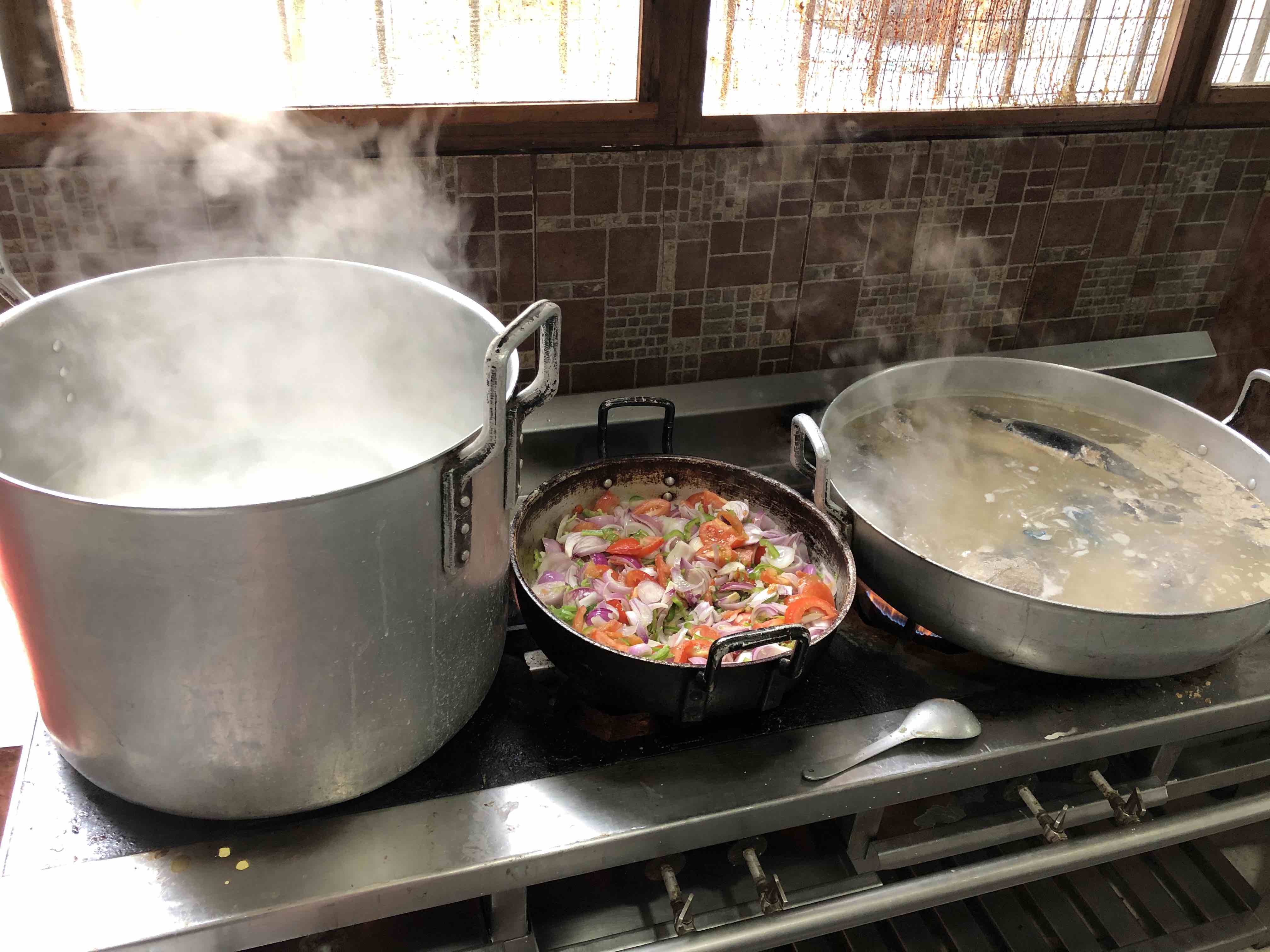 2. Add vegetables and spices to boiling yuca to form base of soup 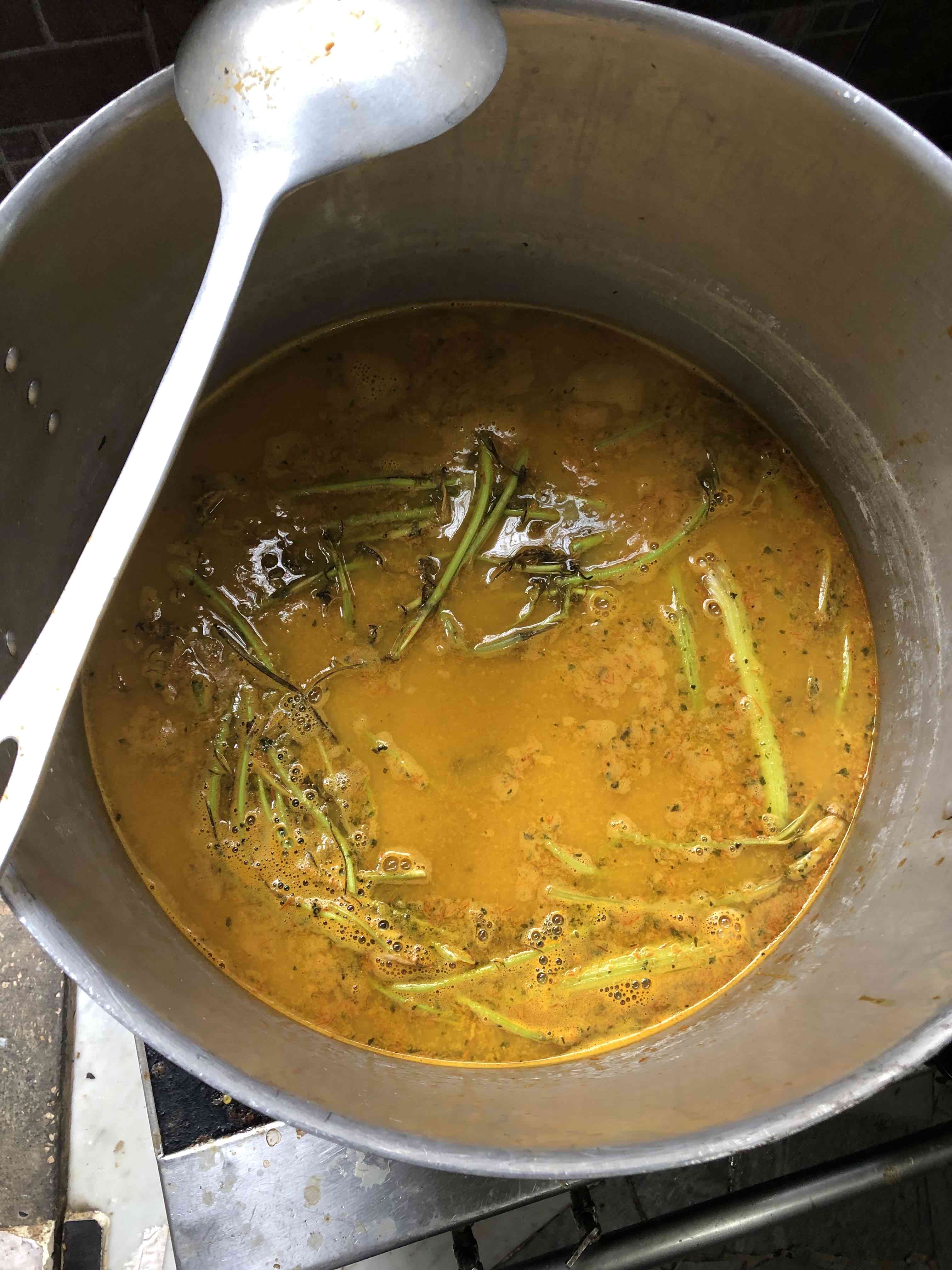 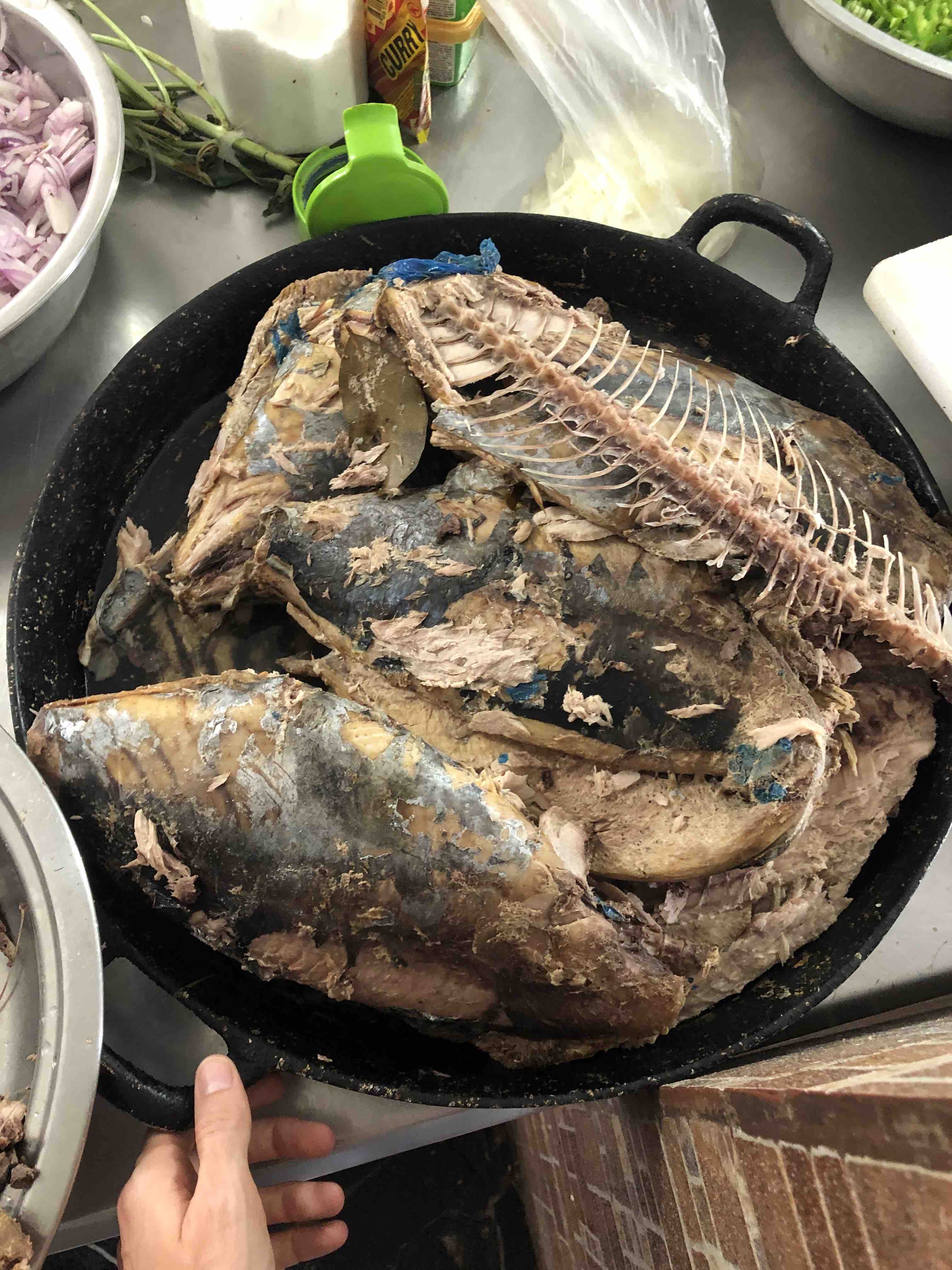 4. Add tuna to soup base to form encebollado 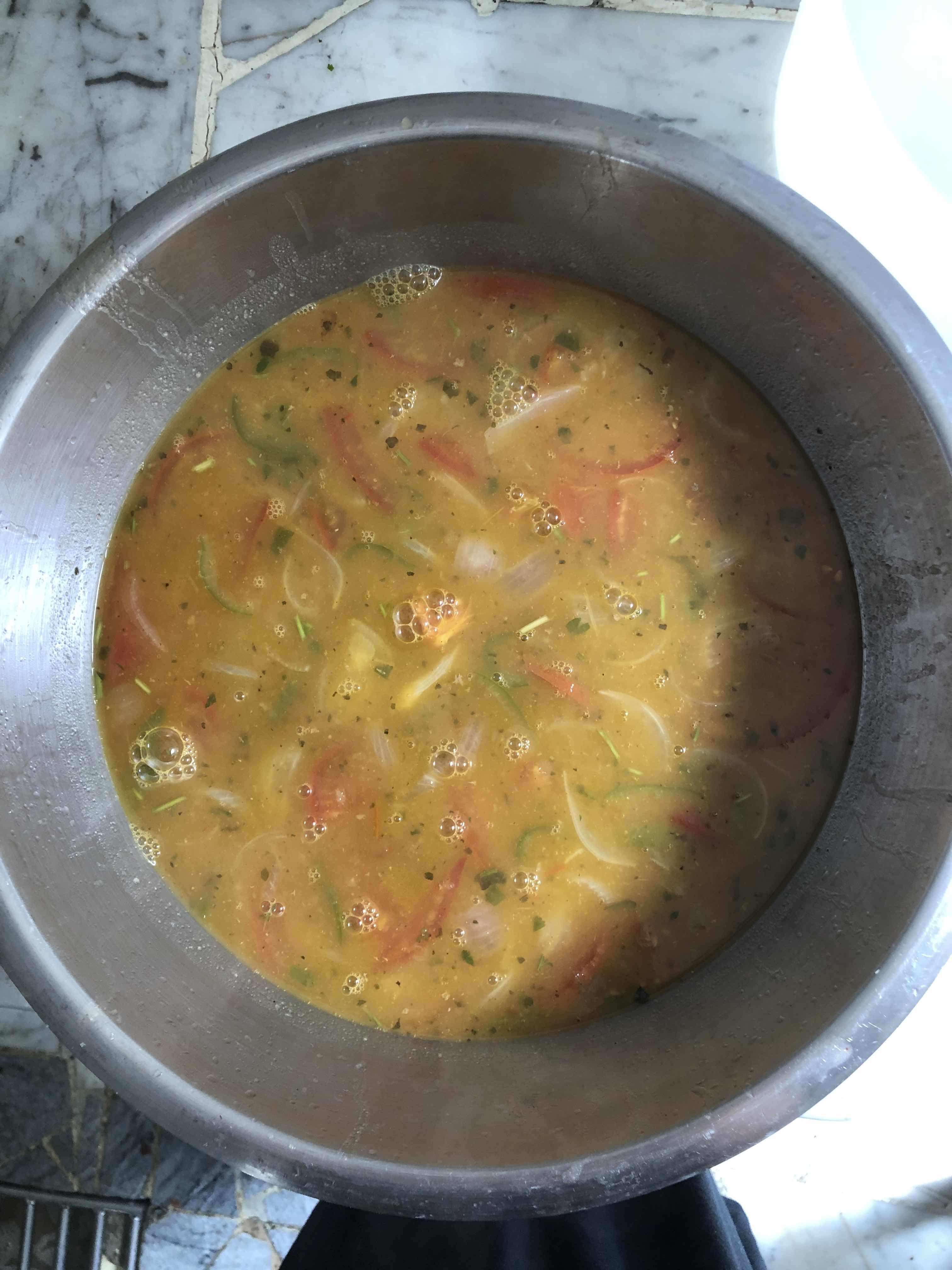 5. Divide into smaller portions for serving 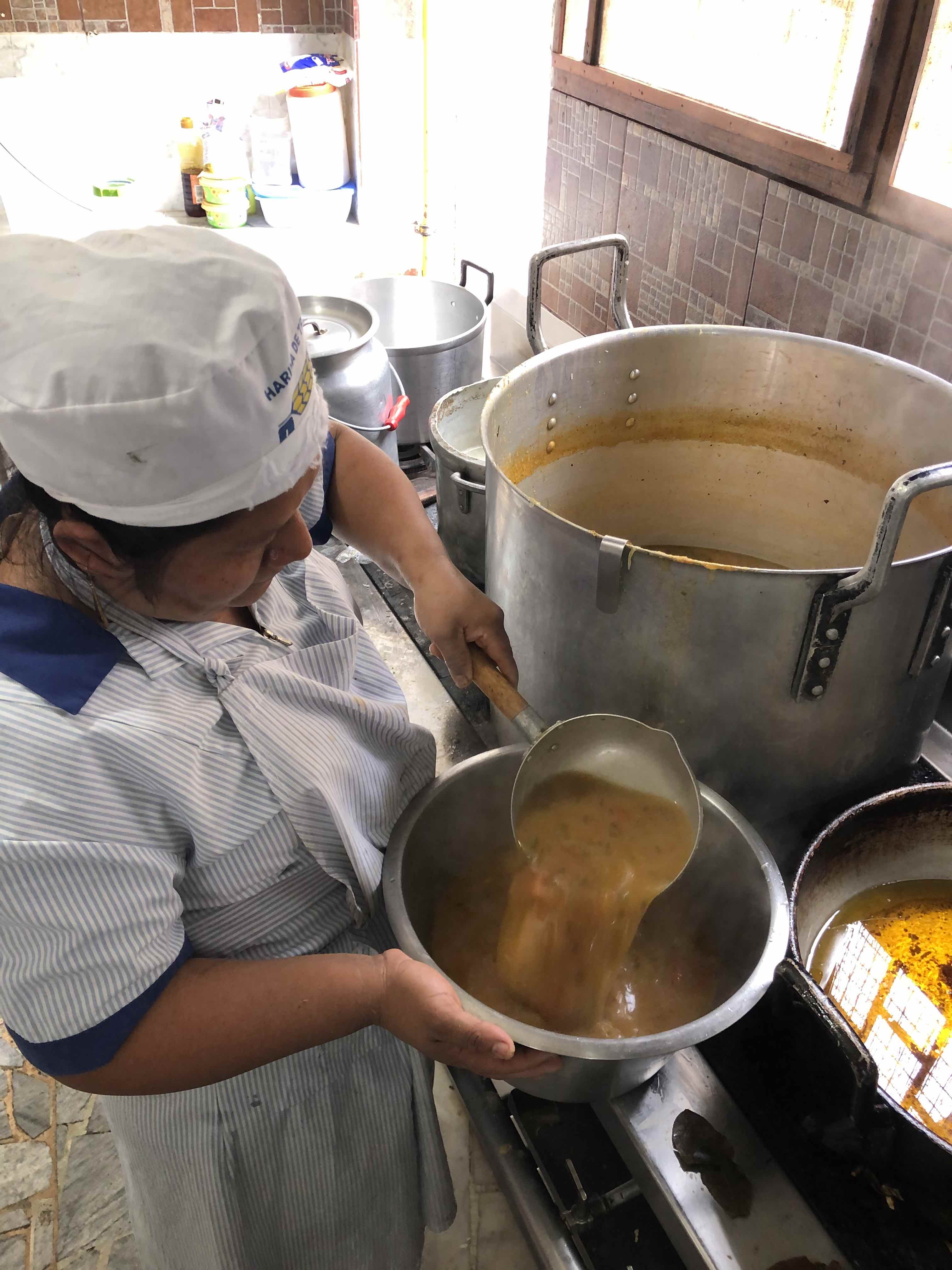 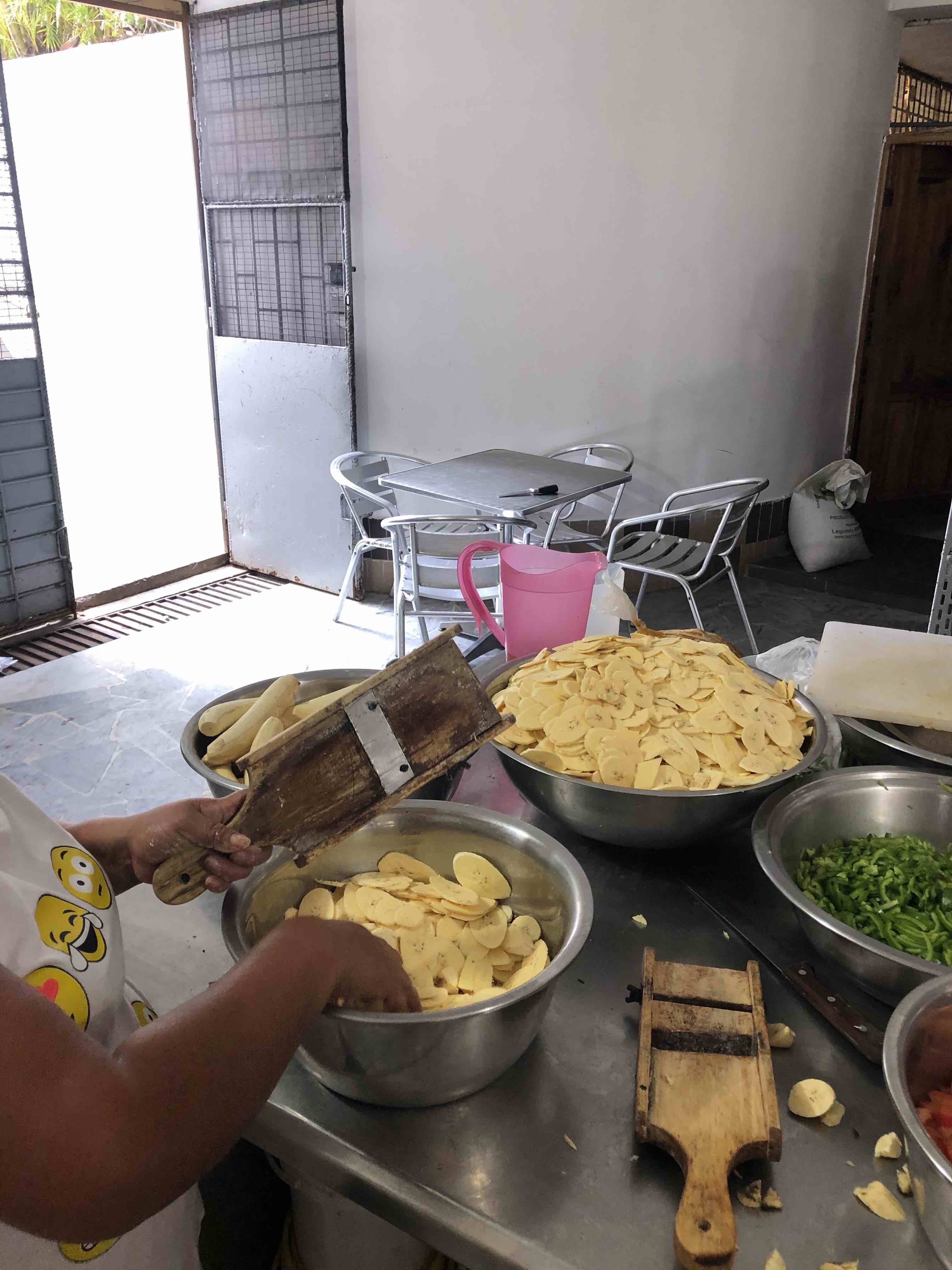 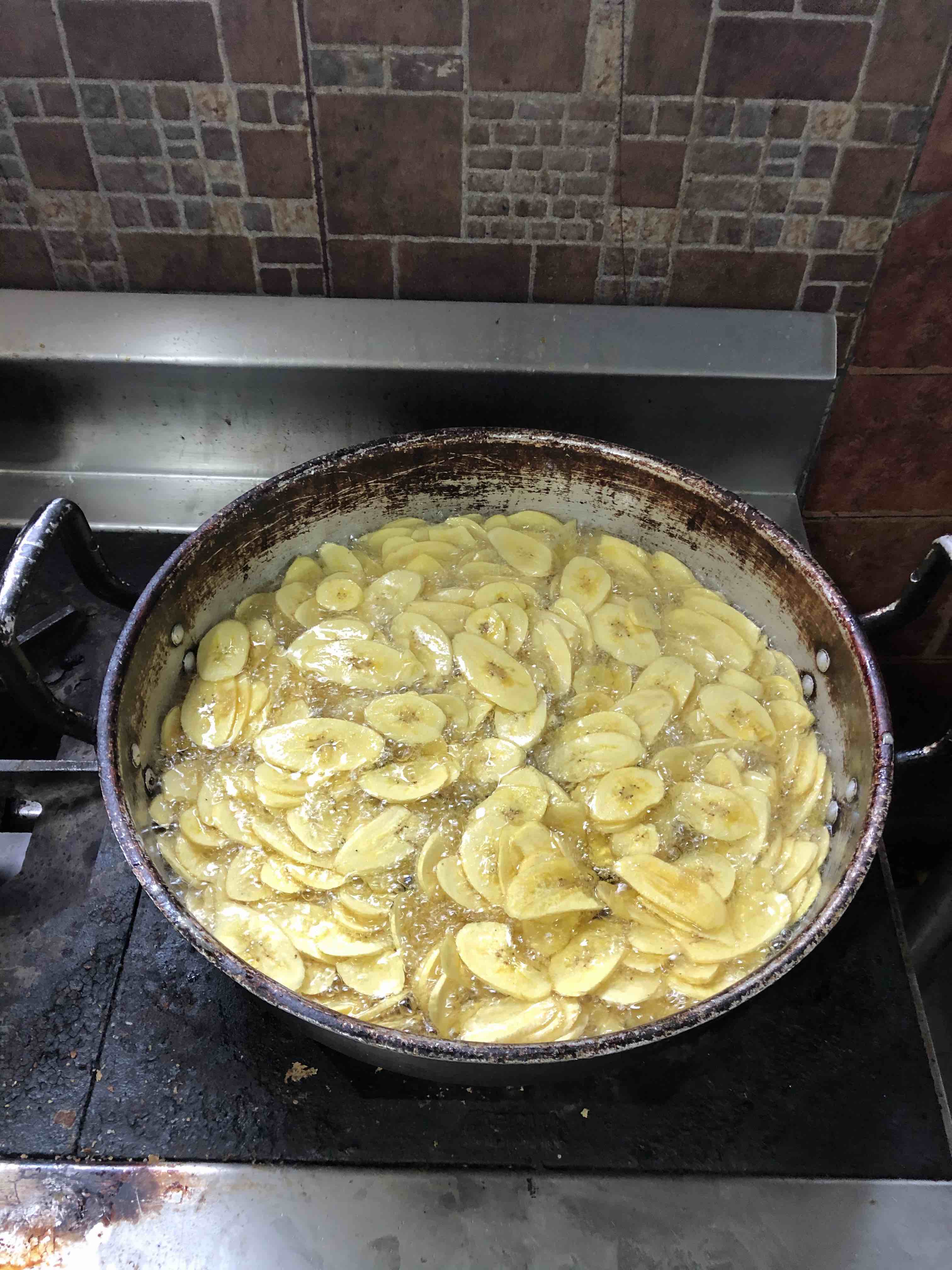 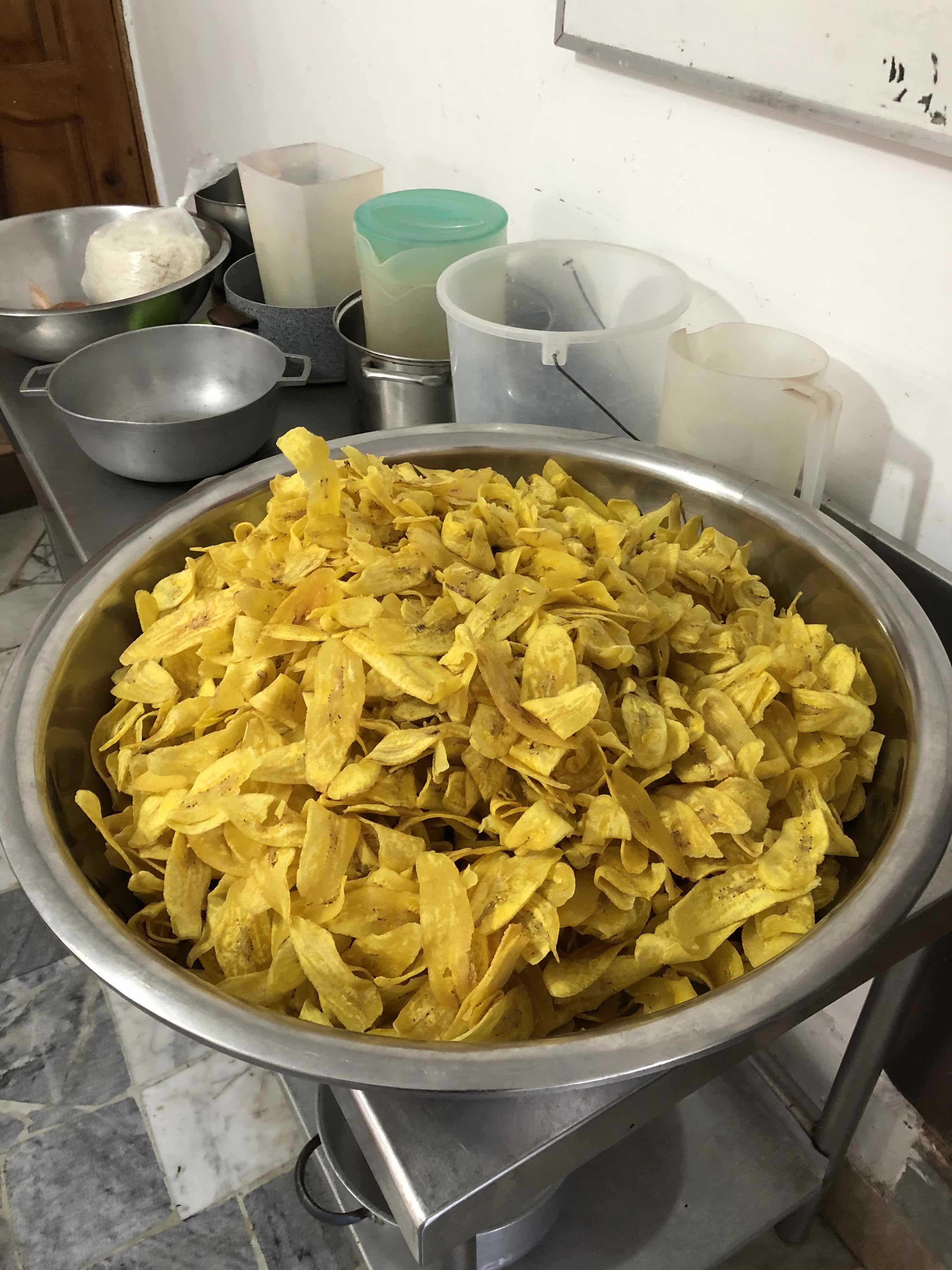 Birthdays at the Mission Home

One of the best ways to see love in action is on a birthday at the mission home. For each child, employee, and missionary sister, the home goes to great lengths to make a birthday feel special. A birthday usually starts out with a special breakfast, including a fruit display with the child’s name carved from melon, and pineapples in the shape of stars. It continues with an afternoon party on the patio, usually with several song and dance presentations. The presentations stand in the place of gifts, as groups of children get together to ‘present’ something special to the birthday boy or girl. 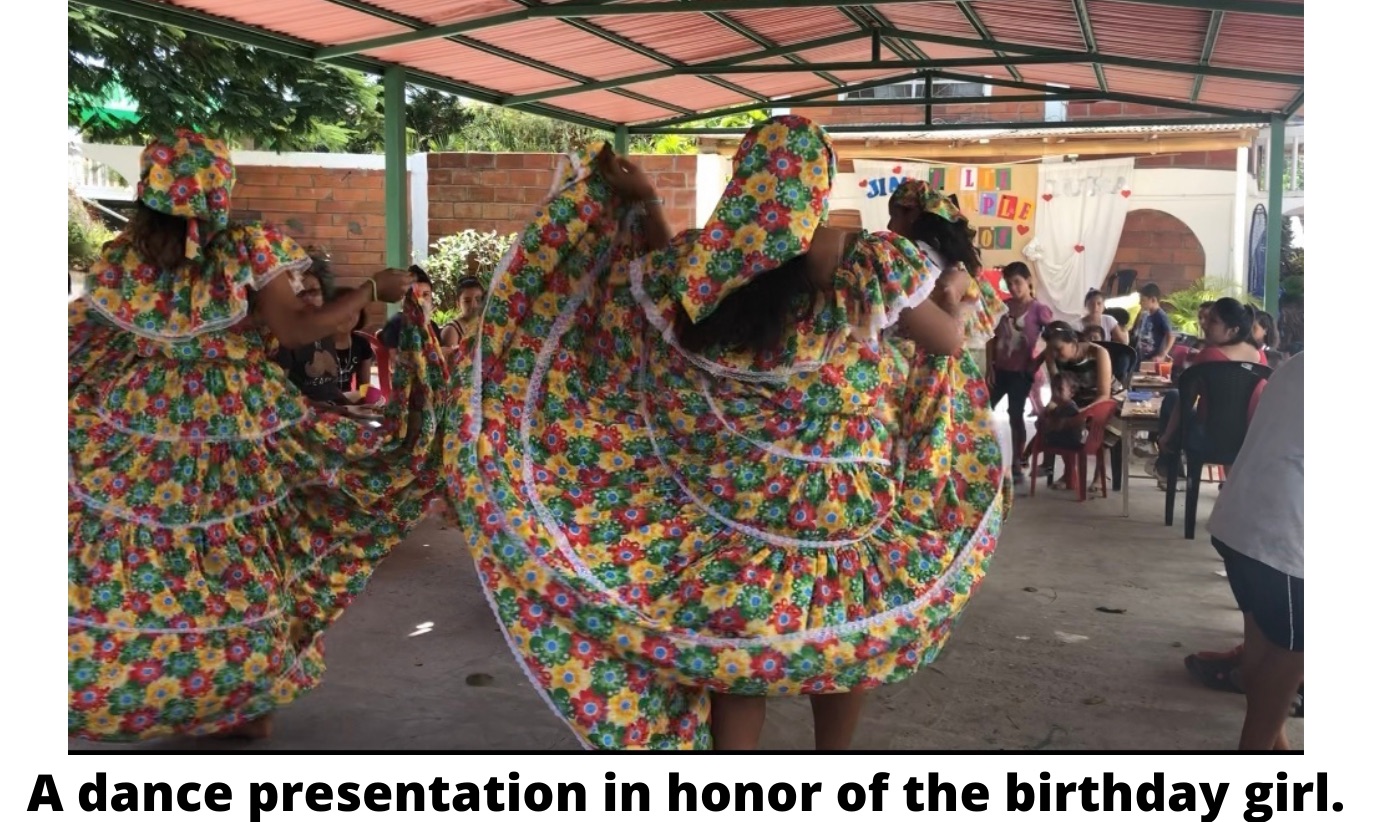 There is always a special cake, and usually jello as well, and of course there is enough for every child to enjoy. You can be sure that in addition to the party, the birthday boy or girl will receive many beautifully and carefully crafted handmade cards from the other children and missionary sisters. At night the celebrations continue with a smaller dinner in the home where the birthday boy or girl lives.

When many children arrive at the mission home, they have never celebrated a birthday before, and may not even be aware of the date of their birth. When they have their first birthday at the mission home, most are overcome with emotion. Some have shared that their birthdays are an emotional reminder that they no longer live with their biological families, some have shared that it is simply overwhelming to feel so special and loved. We understand that it is probably a combination of many things. 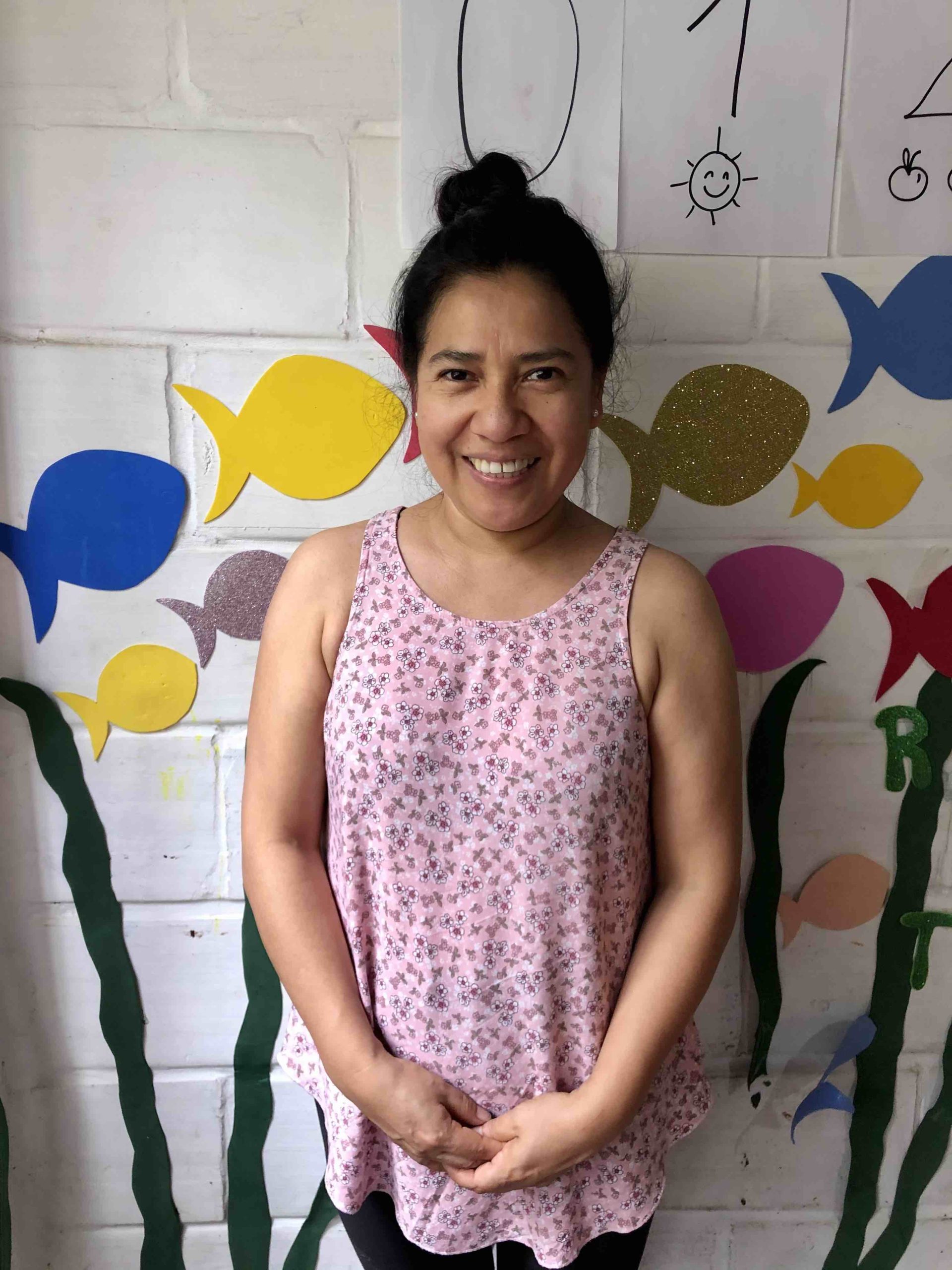 She is naturally skilled with all things kindergarten related, and has built a beautiful relationship with her students centered on developmentally appropriate learning, creativity, and fun. Her lesson plans include everything from helping her students make predictions about what will come next in a storybook, dancing to learn the parts of the body, finding creative ways to practice counting, and building science experiments with balloons, vinegar, baking soda, and a whole lot of childhood awe. 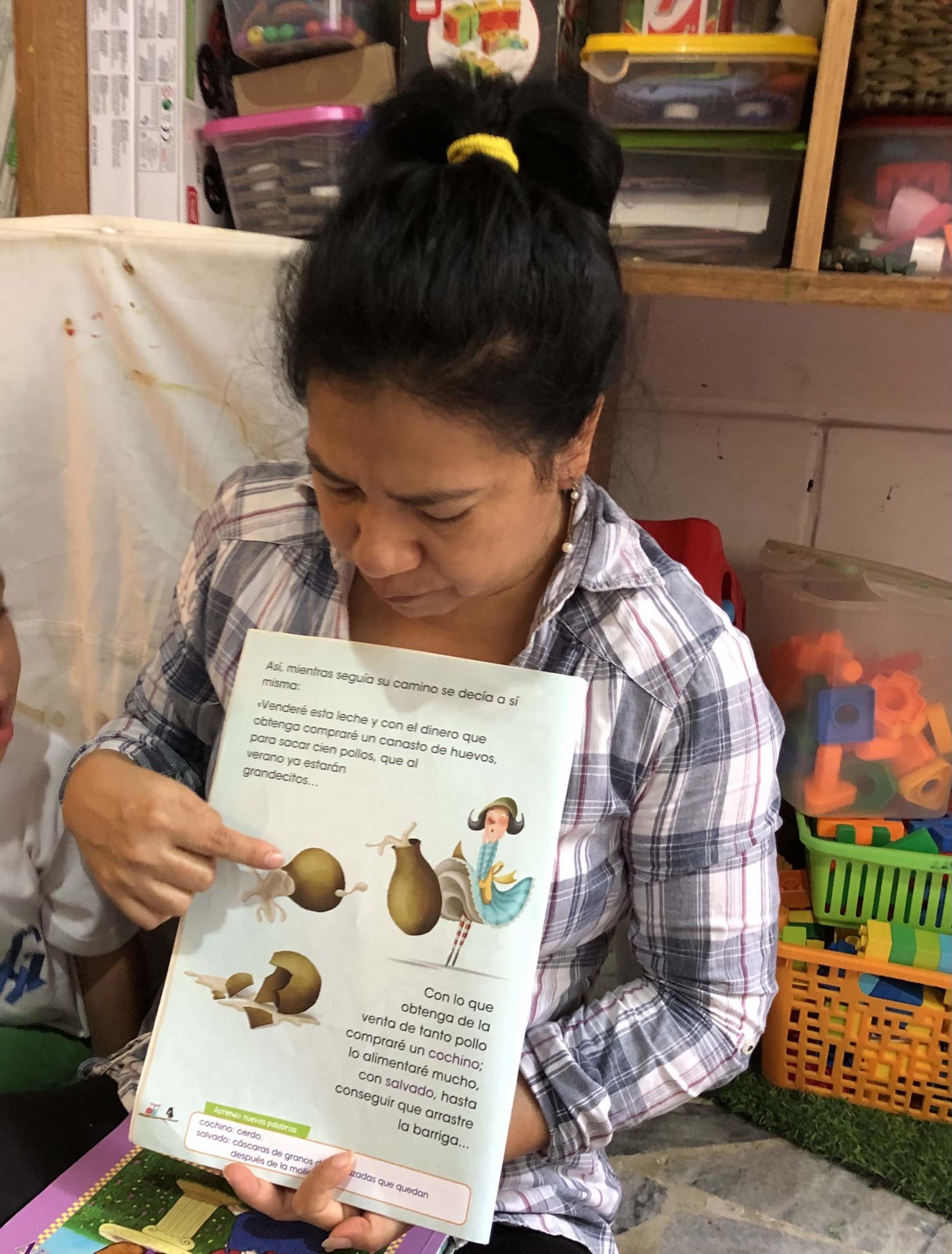 Feeling inspired or want to implement one of her lessons with little kiddos you know? Here are step by step instructions for one of her recent science lessons:

-2 paper napkins each folded into a skinny strip

2. Fill the first and the third glass halfway with water. Leave the second glass empty. 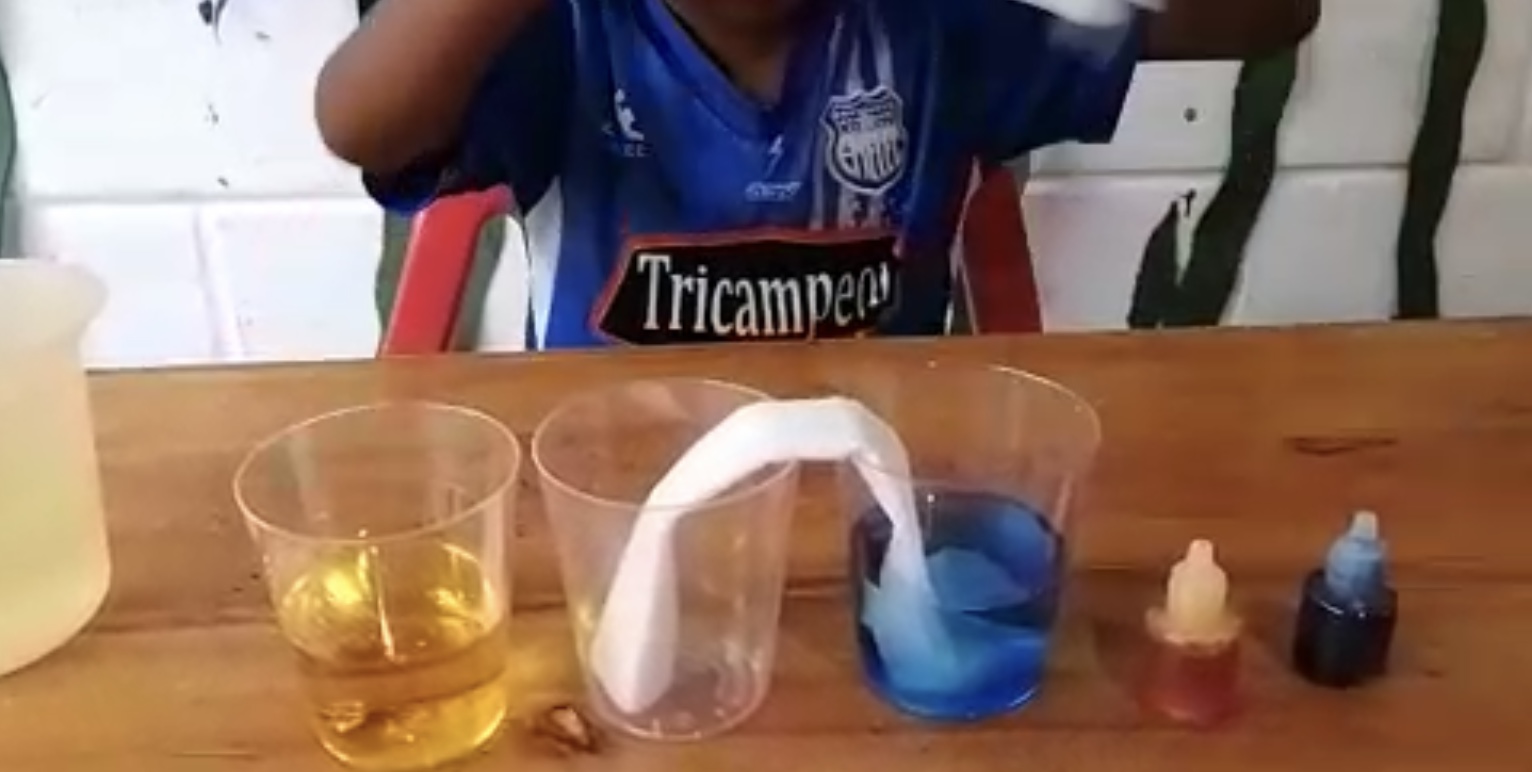 5. Place one folded napkin from first glass into second glass. Make sure the napkin is submerged in the blue colored water. 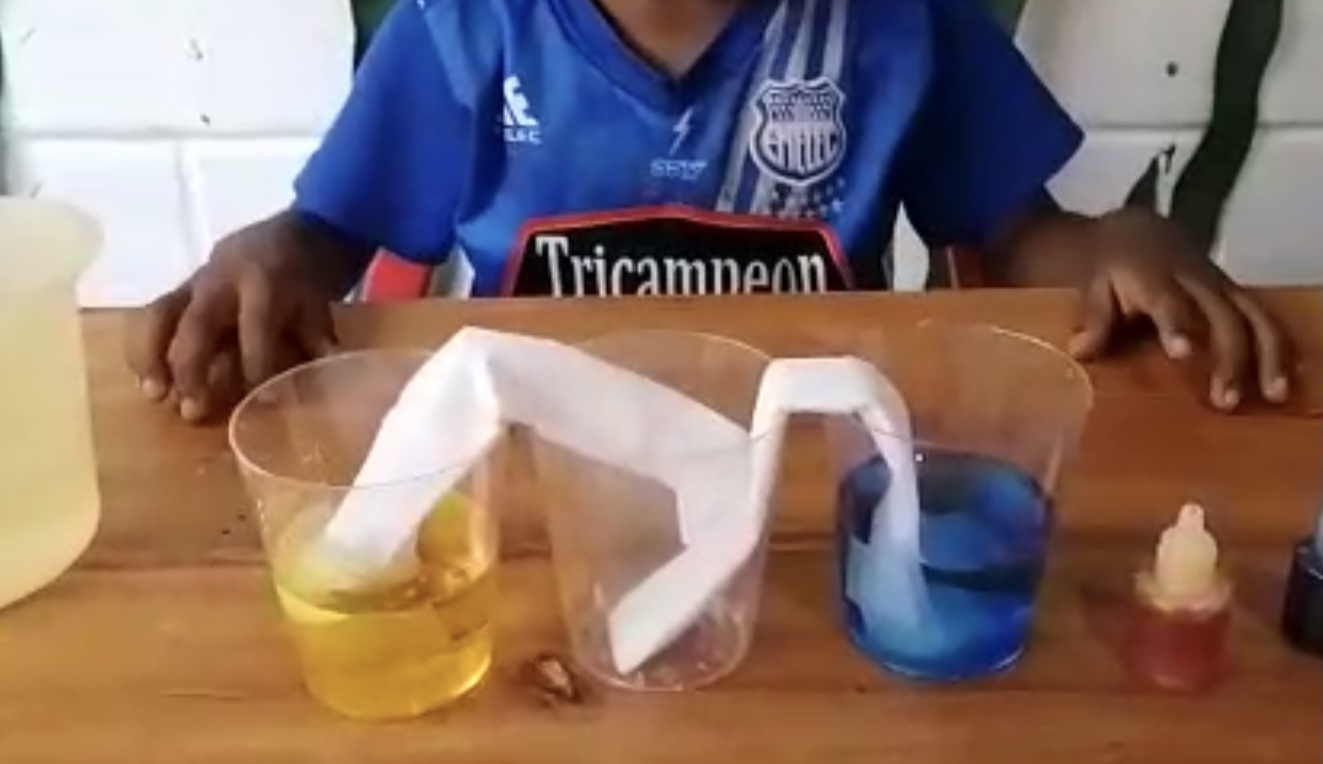 6. Place the other folded napkin from third glass into second glass. Make sure the napkin is submerged in the yellow colored water. 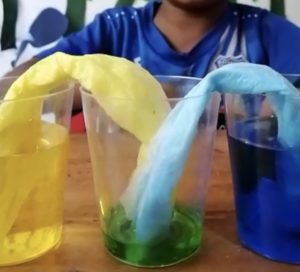 7. Wait 1 hour then return to find that the second glass has been filled with green water!

We are so excited to share our first annual report with you! Please click here to view the report. 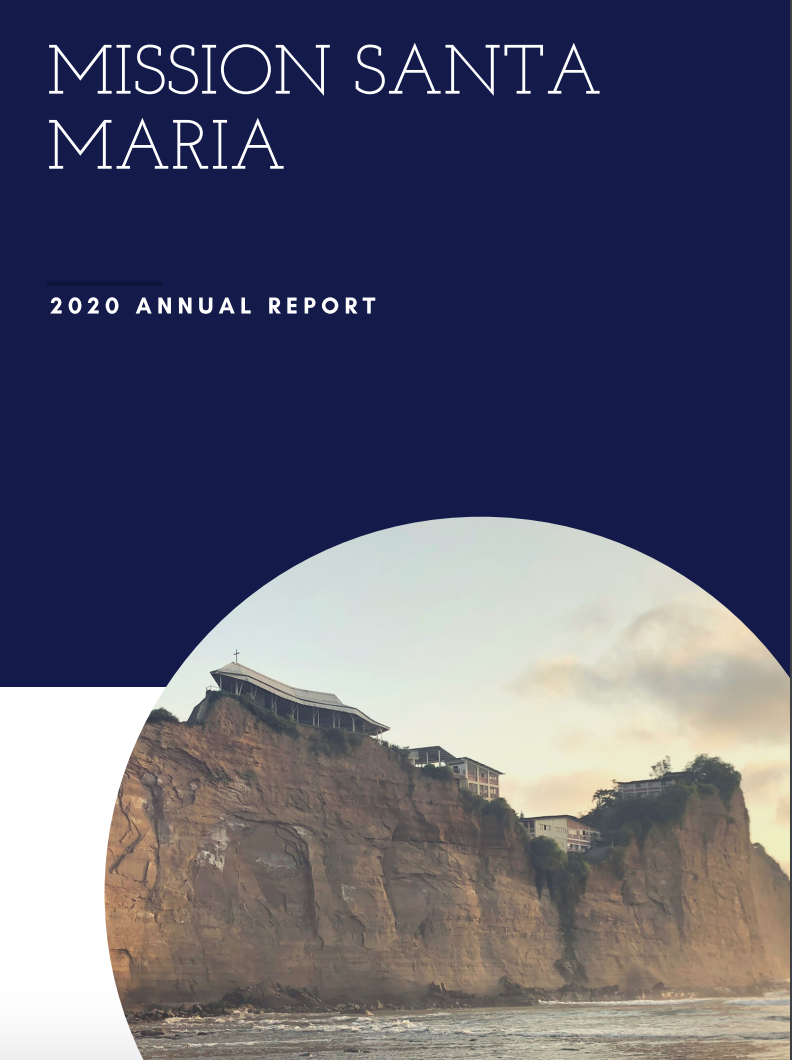 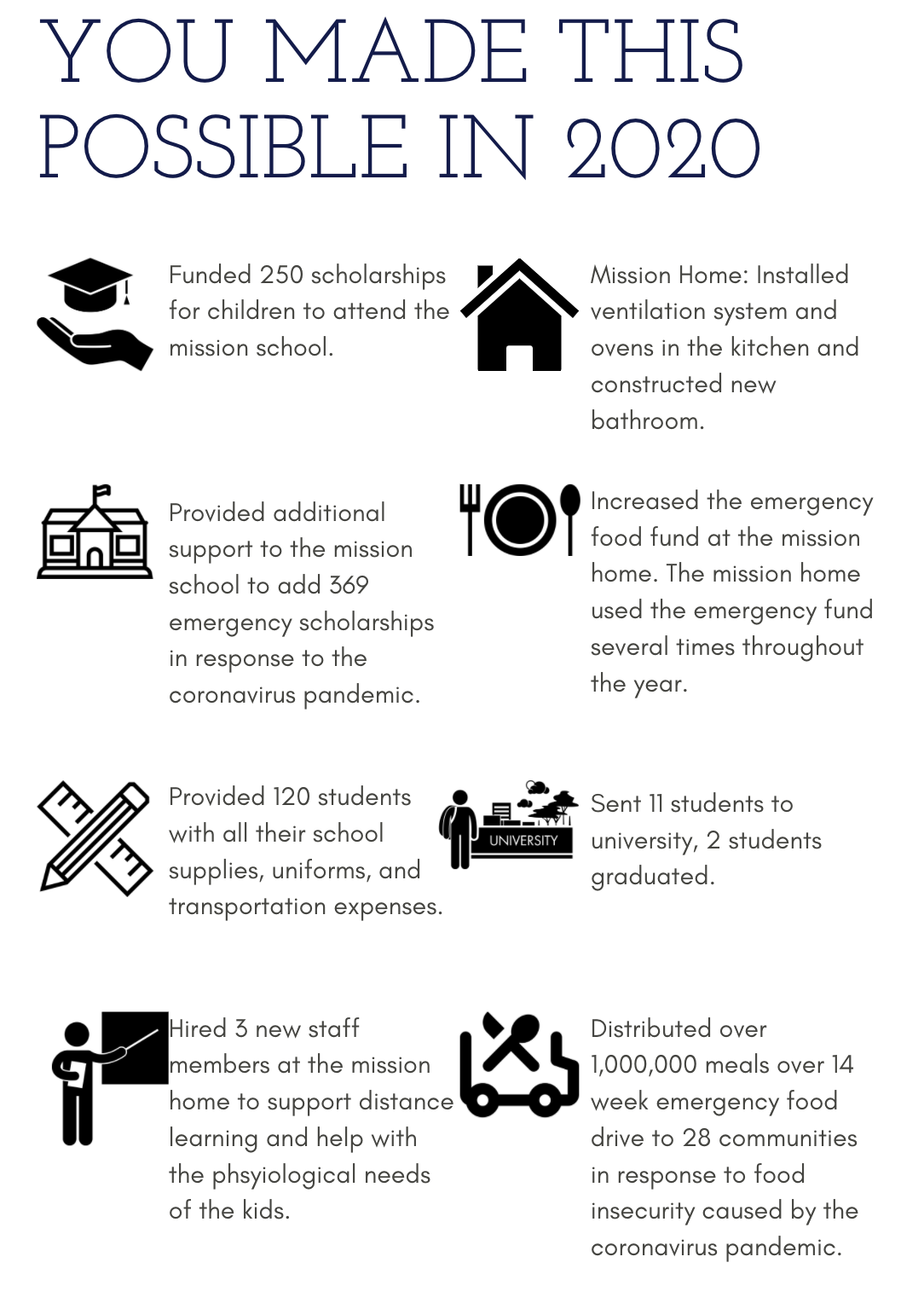 Your ticket for the: 2020 Annual Report